How Fashion Is Influencing Society 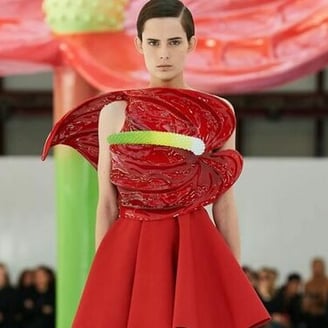 Fashion is a social phenomenon that has a global reach and a colossal economic impact. Its influences range from social groups and subcultures to technology and global warming. The following are some interesting aspects of fashion. These trends are influencing society today. Let’s explore what they mean to society and how they can be adapted by the rest of the world.

Subcultures are groups of people who have a common culture and share similar ideas. These groups may have distinctive clothing, music, or ideas. Subcultures influence fashion through their own set of principles and norms, and they are often separate from mainstream fashion. This article will look at some examples of subculture-influenced fashion.

Some subcultures are very visible and influential in fashion. For example, the hip-hop subculture has produced many high-end luxury clothing items. Many of the pieces are very expensive and can be purchased by anyone who is willing to pay a premium for them. Hip-hop fashion is often seen as an expression of individuality and has defined the silhouette and style of many individuals. Baseball caps worn backwards have become an integral part of hip-hop style. Hip-hop artists are often the first to create trends and fashion items.

Fashion is a powerful tool to express personal style, and the influence of social groups has long been recognized. Economic and social commentator Thorstein Veblen proposed in his seminal work, The Theory of the Leisure Class (1899), that the upper class sets the fashion agenda. The middle and lower classes, in turn, imitate these changes to express their changing relationship to the upper class. While clothing is a form of self-expression, it also serves to reinforce a social hierarchy.

As the fashion industry became larger and more accessible, the fashion industry began to produce enough products for everyone to imitate new styles instantly. As a result, fashion change is no longer unilinear, and it now flows away from traditional centres of style to the “periphery” (the outside world). The advent of global media has given marginal groups a platform to influence fashion trends and design. This phenomenon is known as the trickle-across theory.

There’s a big shift going on in the fashion industry, thanks to the influence of technology. Traditionally, fashion has been seasonal, with spring and summer clothes often launching early in the fall, and winter clothes launching in February. This gives brands time to evaluate demand and make the necessary inventory.

Technology is also helping create new fabrics and styles. Bioengineering is one method that has been used to create new materials and fibers. For instance, Japanese company Spiber is developing new materials that resemble spider silk. Another example is modern-day leather, which is made from live collagen cells. This leather has the same aesthetic qualities as genuine leather.

Fashion is one of the industries with the biggest carbon footprint, equating to around five million tons of carbon emissions per year. Most of the emissions come from the production of synthetic fibres, which account for 65% of all textile materials. According to McKinsey & Company, the industry is on track to miss its Paris Agreement target of 1.5degC by 2030. The report says that a more responsible production approach is necessary to help achieve this goal.